France is a medium-sized foreign country situated in the continent of Europe. It is an important member of the world community, though not nearly as important as it thinks. It is bounded by Germany, Spain, Switzerland and some smaller nations of no particular consequence and with not very good shopping.

France is a very old country with many treasures, such as the Louvre and EuroDisney. Among its contributions to western civilization are champagne, Camembert cheese and the guillotine.

Although France likes to think of itself as a modern nation, air conditioning is little used and it is next to impossible to get decent Mexican food. One continuing exasperation for American visitors is that the people willfully persist in speaking French, many will speak English if shouted at. As in any foreign country, watch your change at all times.

France has a population of 54 million people, most of whom drink and smoke a great deal, drive like lunatics, are dangerously oversexed, and have no concept of standing patiently in line. The French people are in general gloomy, temperamental, proud, arrogant, aloof, and undisciplined; and those are their good points.

Most French citizens are Roman Catholic, though you would hardly guess it from their behavior. Many people are communists, and topless sunbathing is common. Men sometimes have girls’ names like Marie, and they kiss each other when they hand out medals.

American travelers are advised to travel in groups and to wear baseball caps and colorful trousers for easier mutual recognition.

In general, France is a safe destination, though travelers are advised that, from time to time, it is invaded by Germany. By tradition, the French surrender more or less at once and, apart from a temporary shortage of Scotch whisky and increased difficulty in getting baseball scores and stock market prices, life for the visitor generally goes on much as before.

A tunnel connecting France to Britain beneath the English Channel has been opened in recent years to make it easier for the Government to flee to London.

France was discovered by Charlemagne in the Dark Ages. Other important historical figures are Louis XIV, the Huguenots, Joan of Arc, Jacques Cousteau and Charles de Gaulle, who was President for many years and is now an airport.

The French form of government is democratic but noisy. Elections are held more or less continuously, and always result in a run-off. For administrative purposes, the country is divided into regions, departments, districts’ municipalities, cantons, communes, villages, cafes, booths, and floor tiles.

Parliament consists of two chambers, the Upper and Lower (though, confusingly, they are both on the ground floor), whose members are either Gaullists or communists, neither of whom is to be trusted, frankly. Parliament’s principal preoccupations are setting off atomic bombs in the South Pacific, and acting indignant when anyone complains.

According to the most current State Department intelligence, the President now is someone named Nicolas. Further information is not available at this time.

The French pride themselves on their culture, though it is not easy to see why. All their songs sound the same, and they have hardly ever made a movie that you would want to watch for anything but the nude scenes. And nothing, of course, is more boring than a French novel.

Let’s face it, no matter how much garlic you put on it, a snail is just a slug with a shell on its back. Croissants, on the other hand, are excellent, though it is impossible for most Americans to pronounce this word. In general, travelers are advised to stick to cheeseburgers at leading hotels such as Sheraton and Holiday Inn.

France has a large and diversified economy, second only to Germany’s in Europe, which is surprising because people hardly work at all. If they are not spending four hours dawdling over lunch, they are on strike and blocking the roads with their trucks and tractors. France’s principal exports, in order of importance to the economy, are wine, nuclear weapons, perfume, guided missiles, champagne, high-caliber weaponry, grenade launchers, land mines, tanks, attack aircraft, miscellaneous armaments and cheese.

France has more holidays than any other nation in the world. Among its 361 national holidays are 197 saints’ days, 37 National Liberation Days, 16 Declaration of Republic Days, 54 Return of Charles de Gaulle in Triumph as if he Won the War Single-Handed Days, 18 Napoleon Sent into Exile Days, 17 Napoleon Called Back from Exile Days, and 112 France is Great and the Rest of the World is Rubbish Days.

France enjoys a rich history, a picturesque and varied landscape, and a temperate climate. In short, it would be a very nice country if it weren’t inhabited by French people. The best thing that can be said for it is that it is not Germany.

A Word of Warning

The consular services of the United States government are intended solely for the promotion of the interests of American businesses such as McDonald’s, Pizza Hut and the Coca-Cola Corporation. In the event that you are the victim of a crime or serious injury involving at least the loss of a limb, report to the American Embassy between the hours of 5.l5 am and 5.20 am on a Tuesday or Wednesday, and a consular official who is supremely indifferent to your plight will give you a list of qualified dentists or something similarly useless.

Remember, no one ordered you to go abroad. Personally, we always take our holidays at Newport Beach, and you are advised to as well. 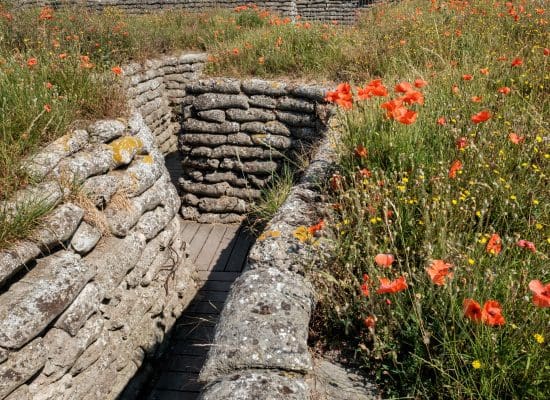 One thought on “The World Factbook”